the silence itself is an illusion, as John Cage said that there is no such thing. Only in the vacuum of outer space, where the waves of air do not propagate, could we speak of true silence. Even so, it remains inaccessible to everyone, always subject to its environment, an environment that, no matter how hard we try, remains constantly punished by all kinds of sounds that break this silence.

At the same time, silence has been a main feature in defining human geographies and as intangible evidence of abandonment in the rural context. In this sense and from this listening, silence in the territory refers to the absence of anthropocè and not necessarily to the longing for a healthier sound space.

The final sense of this piece is to understand silence no longer from a reflection rooted in John Cage, but as silence is, in a social and cultural context, a fundamental and very often reviled and at the same time longed for element.

This project is based on the idea of silence as a constructed landscape, as an element that defines the descent of human activity in certain rural contexts, an element that is at the same time seen as the negative result of a voracious and urban capitalist system; at the same time it is also perceived as a treasure, a longing and a space of escape from the urban cacophony.

Thus, this installation invites us in search of these liminal silences between the increasingly densified urban world and the increasingly muted rural world, combined with musical sound absences, based on term sonorities, at the intersections of the one that sounds and the one that does not sound.

All this in the space is illustrated and accompanied by the use of felt as an insulating material and the unorthodox arrangement of the loudspeakers, generating obstacles to an accommodated and canonical listening; inviting the listener to search for these sounds that are silent when we look for them and that sound when we stop chasing them.

The work is an installable assembly consisting of five double panels of natural white felt suspended in the air, each concealing two loudspeakers.

The loudspeaker system is controlled by software that analyses the decibel levels in the room. If there is too much noise in the room, the sound composition will become inaudible, if we keep quiet and maintain silence, we will be able to hear how the composition, timidly, reveals itself to our ear.

The composition is made up of soundscapes of abandoned spaces, uninhabited rural areas and liminal spaces between the countryside and the city in the province of Castelló. In turn, these soundscapes will be accompanied by sound elements taken from song endings and popular music. It is an amalgam of unrecognisable sound samples that evoke the idea of silence but are not necessarily so. 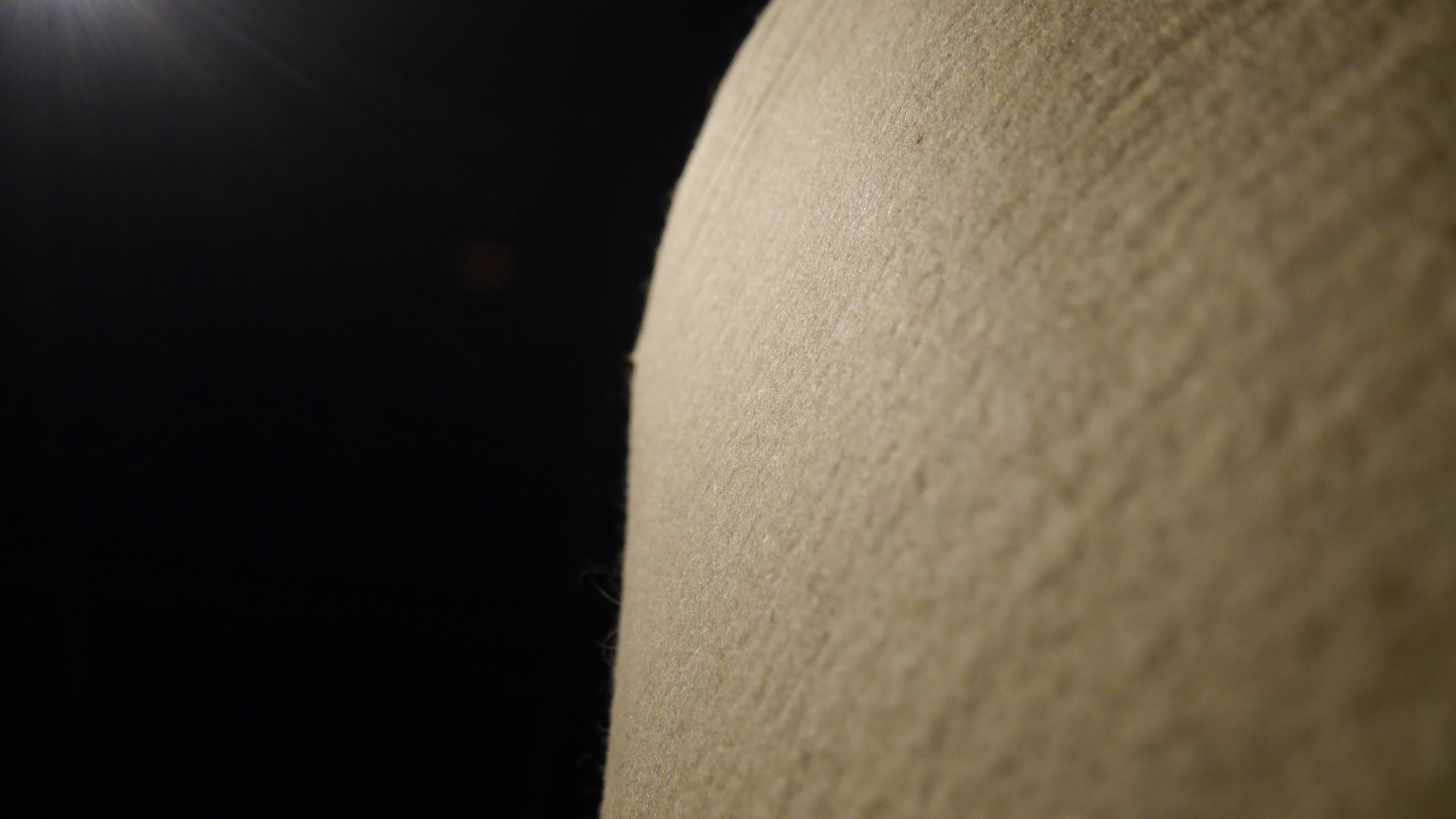 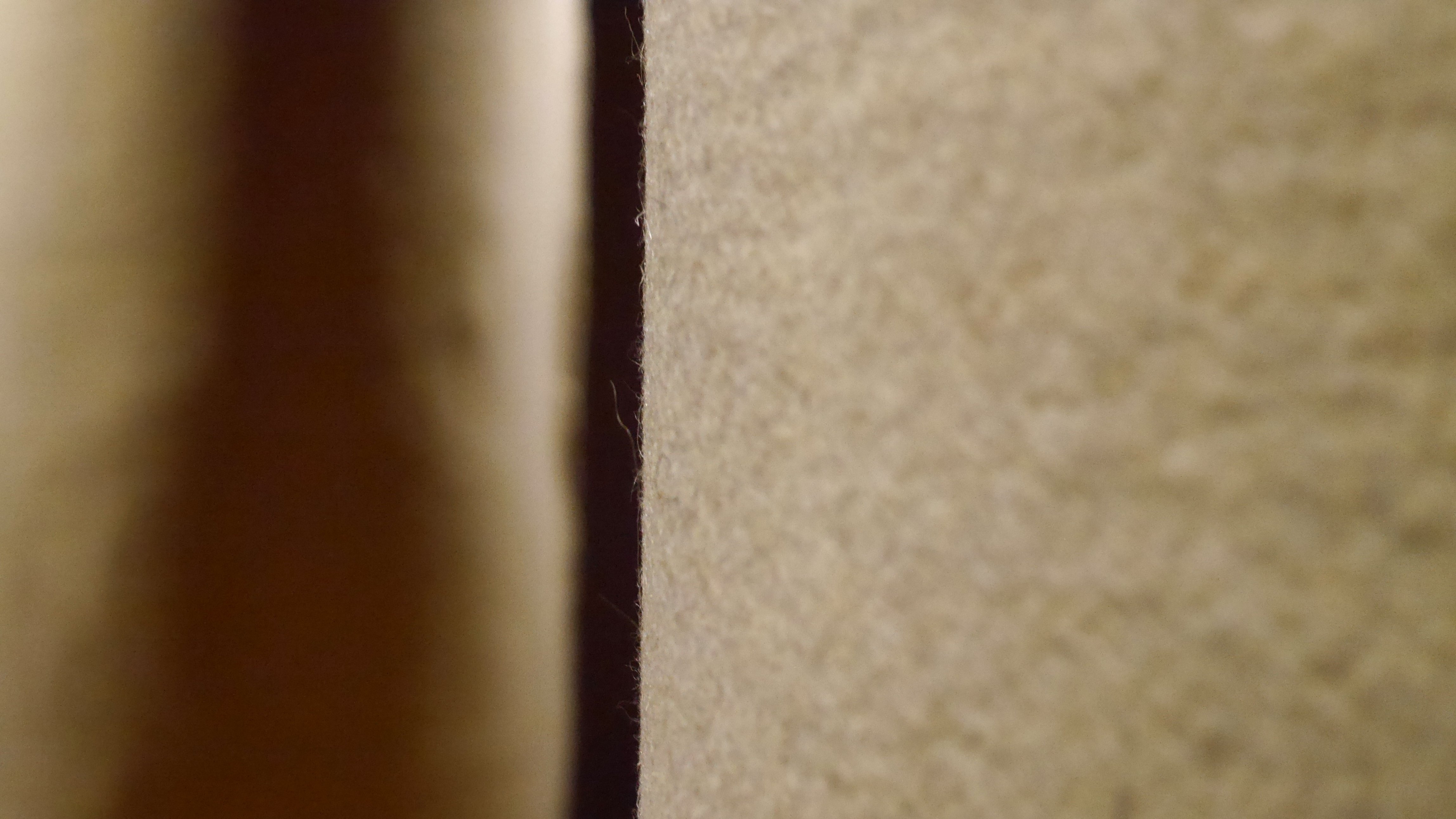 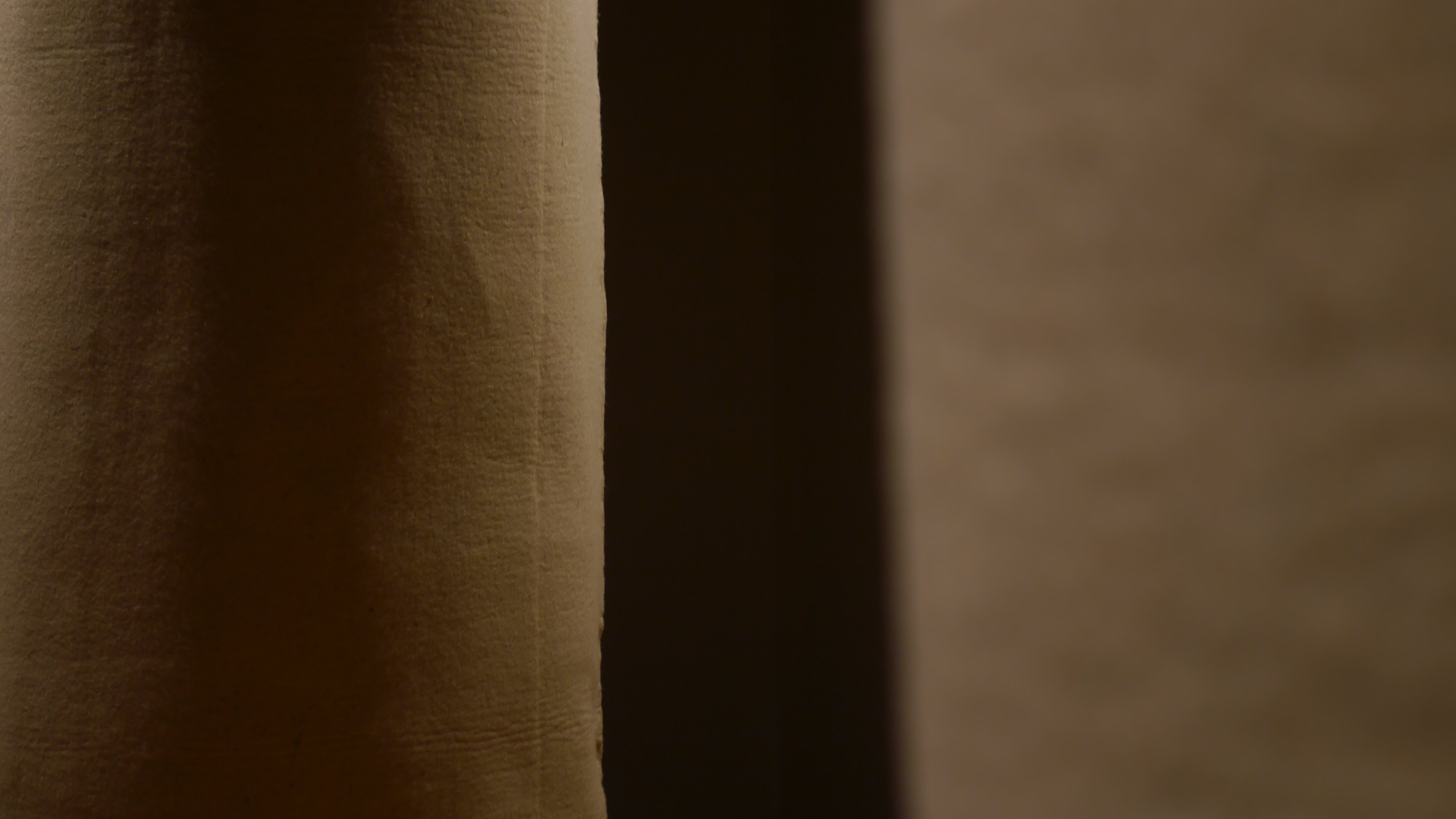 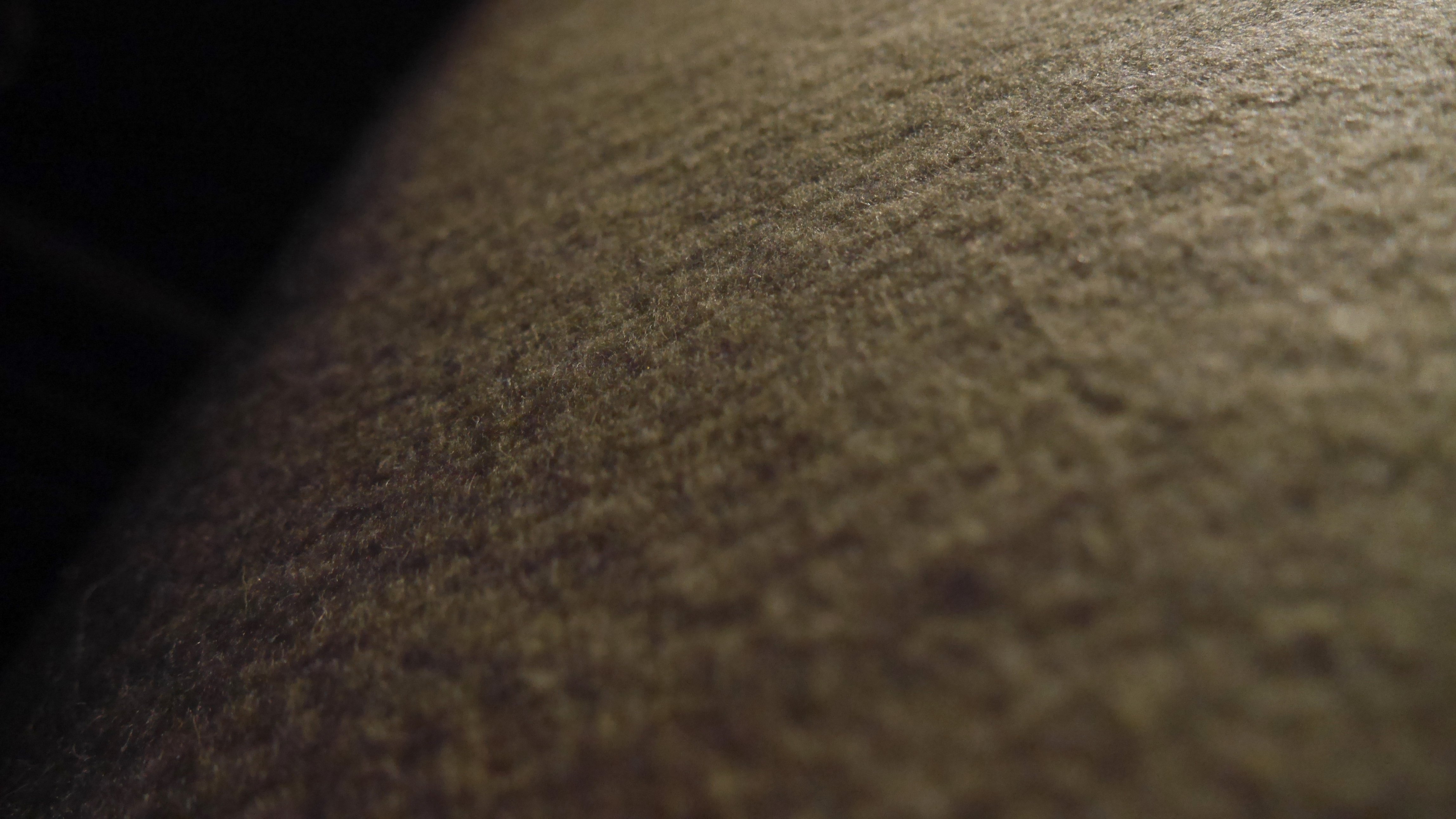 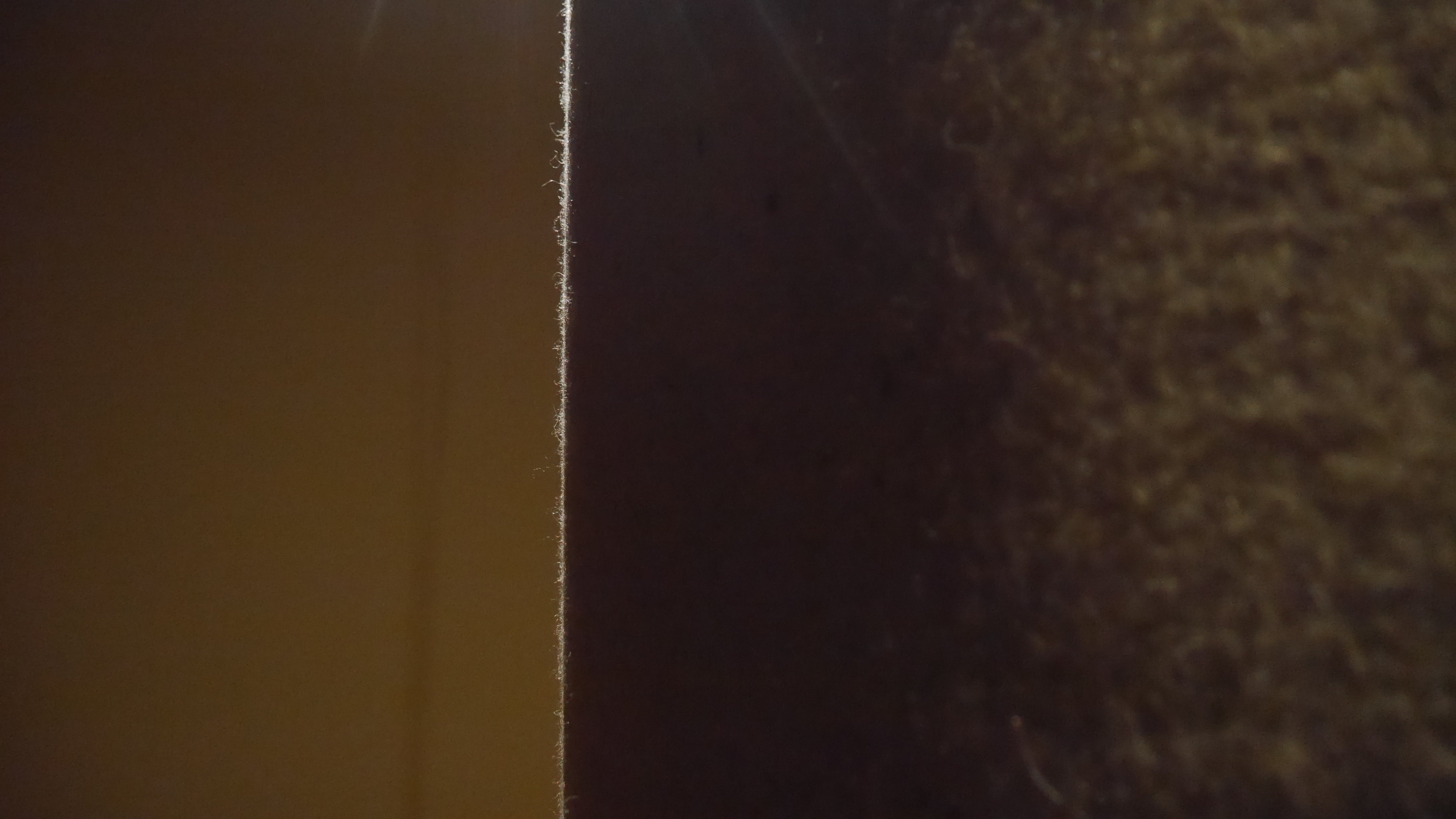 Breaking the Silence is a project that has been transformed in each context in which it has been exhibited. It was initially exhibited in its original format in the rooms of IVAM CADA in the city of Alcoy.

In this first iteration of this work, the felt literally hid the loudspeaker system inside four felt cylinders suspended in the air.

In the second iteration of the project, the felt disappears momentarily to adapt to the singular space of the Arab Baths of Segura de la Sierra (Jaén), where the reverberation and echoes of this architectural space completely transform the experience and interaction with the piece.

He lives and works in Valencia; he is an artist, musician and cultural manager. His work combines sound art, music production and sound design in different areas of culture.

He has performed, solo and in collaboration, at festivals such as Sónar, Mutek, Eufónic, Música en Segura and many others; he has also participated in events such as Mobile Week BCN, Escuchar in Buenos Aires and Radar in Mexico City.

His work has been shown at the Reina Sofía in Madrid, LABORAL in Gijón, Museo de Arte Abstracto in Cuenca, Tabakalera (Donostia), Espacio Rambleta, Bombas Nada in Valencia; Etopia (Zaragoza), CAAM (Gran Canaria) and the CCCB, Caixaforum and Artes Santa Mònica in Barcelona. Some of his works form part of the DKV Arteria Collection and the Contemporary Art Collection of the Generalitat Valenciana. His discography has been published by labels such as Spa.RK, Fluido-Audio, Archives, Envelope Collective and many others.

In 2017 he won the prestigious Leonardo / BBVA grant in the digital art category with the project Spectre. He has also been awarded prizes and grants such as Vacío Blanco (Alicante), Emergentes, Laboro (Euskadi), Laboral / El Patio, or the Pépinières Européennes grant; as well as having been selected in competitions such as Naturalizarte, Arte Público / Universidad Pública or the Mislata Biennial in Valencia, among many others./p>

Since 2007 he has been directing Audiotalaia, a digital platform and streaming channel dedicated to the training, production and dissemination of electronic music and sound art. Every summer, this platform organises the Summer Camp, an international meeting of young sound artists that takes place in the interior of Catalonia.

Comelles created the Sound Art and Experimental Music Section of the Festival Juntos de València in 2016 and until its disappearance in 2018. He has been curator of the Espacio Sonoro at the EACC in Castelló. He has directed the concert cycles Herzios, Off_Herzios and La Gallera Suena, programming concerts in various venues and art halls in Valencia.

In the academic field, Comelles has co-directed the creation of the subject of Sound Art at the Universitat Oberta de Catalunya. He also holds a PhD in Fine Arts, a Master's degree in Sound Design from the University of Edinburgh and a Master's degree in Visual Arts and Multimedia from the Politècnica de València. Since 2010 he has been giving workshops on soundscape, microphones and self-management all over the country; in educational centres, self-managed spaces, galleries and cultural centres.

Other works by Edu 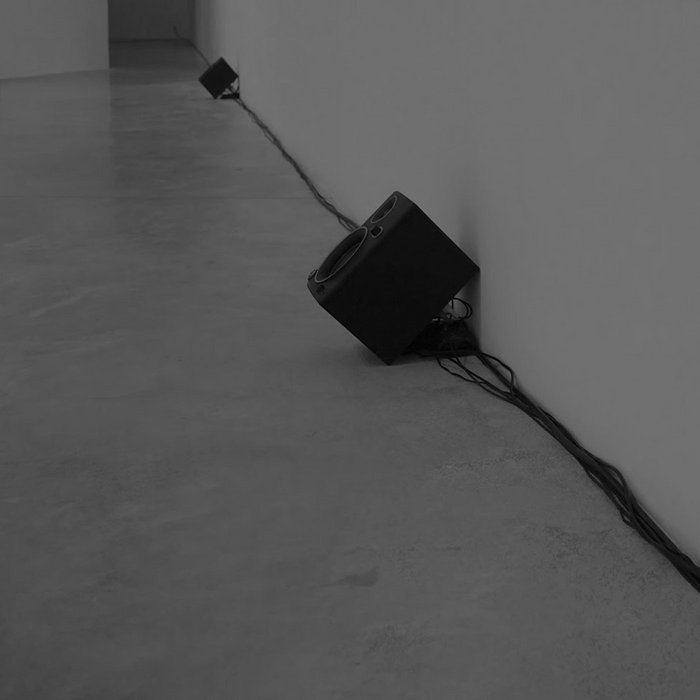 Would you like to take a guided tour of the Trencar el silenci exhibition?

Book your place for one of the available dates

This website uses its own and third party cookies for its proper functioning as well as to collect usage information for statistical purposes. Display will never collect personal information or information that allows the personal identification of the user. For more information read our cookies policy.